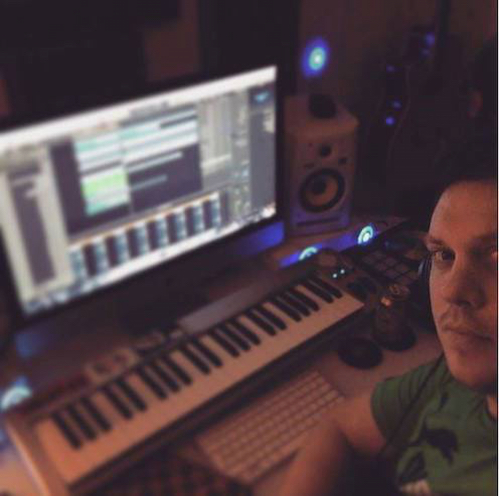 Soul Deep Recordings is honoured to have Basic Forces as a part of the label family.  Recently, Brian (Basic Forces) approached Soul Deep about producing a new album for the label that would include collaborations with some big names from the D&B scene.  I was able to sit down with Brian and ask him about the project and he was thrilled to update me on the progress that’s already being made.  Here’s what Brian had to say about the album…

I often told myself that I wasn’t going to collaborate with other artists unless they were able to join me in the studio.  I had tried before, but all the bouncing back and forth of stems made me lose the vibe I had planned, or the creativity got lost in translation.  For me, it’s difficult if I don’t have the co-writer in the studio with me to check the fine details.  Also, one of the best things about co-writing a song is the enjoyment of sharing the energy in the room when the ideas come together, creating the perfect groove.  A short time ago, I had a few offers from some great artists who wanted to work on collaboration projects, but I had politely turned them down.  After much consideration, I came to the realization that this was actually a big mistake.  I need to be able to work with other artists to help me learn more and more about making music.  I could learn from others how they create their music and acquire some new techniques to help maximize the potential of each track.  Most importantly, I’ve found that creating music with other artists is a deeply spiritual experience.  I’m able to share my love and passion for the music with someone who feels the same way.

I thought it would be a good to try a four track collab EP.  Right away, I had two Artists in mind, but I decided to put some feelers out to see who else would be interested.  I never imagined that I would get such an awesome response from some great talent!  The EP has slowly turned into an LP, and I chose to release the project on Soul Deep Recordings!  Scott was happy to take on the project and is already working hard at promoting the release.  Also, I cannot begin to describe the energy, enthusiasm, and inspiration each and every Artist has given me while working on this Project.  I am truly honoured to be working with this group of talented Producers and Artists:

I’ve already wrapped up one track with Producer A.K.A (below). Our track, “Be With You”, took us about 3 days to complete.  Like with most of the collaborations, I sent some unfinished tracks and some ideas to each artists to guage their interest level.  The track with A.K.A was just a 32 bar loop of drums, pads, hits and FX, bass and a vocal, but with his help it’s turned into a dancefloor gem.  When Stuart (A.K.A) first heard the idea, he asked me to fire over the stems straight away and we were rolling.  He sent Bounces over every couple of hours and we discussed the progression he had made and how we wanted it to sound upon completion.  He was able to get the drums flowing real nice and gave the track a real A.K.A stamp! We are both very happy with the result! 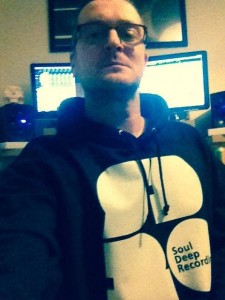