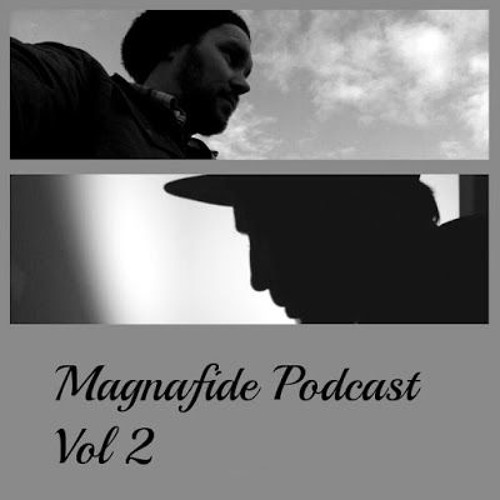 Here’s a special guest mix and interview that I did for Magnafide(L.A.). The Podcasts can also be streamed directly from the blog at: magnafide.blogspot.com/2015/10/magna…tt-allen.html

(M) Most people know about your label (SDR), but for those that don’t know please give us some background info.

Scott Allen: The label launched on Jan. 31, 2011. The label was created as a platform to release quality Drum & Bass music from well known producers, as well as up and coming talent in the scene. Since the launch in 2011, the label has broken into 2 more sub-labels called, Soul Deep Exclusives, and Soul Deep Digital. I try to reserve Soul Deep Exclusives for the more well known producers, such as: Furney, Paul SG, Dramatic, mSdoS, Malaky, Random Movement, Kasper, Phase 2, and Carter, just to name a few. Soul Deep Digital has been used to highlight releases from talented up and coming producers from around the world. I also co-own Soul Rebel Recordings with Marco, from Fokuz, and the label has it’s own niche in the Dubwise/Jugle style. We’re currently accepting demos to consider for Soul Rebel Recordings.

S: Something surprising about me… I played Water Polo for 4 years in High School and also played in College at a Div. I school. I grew up as a competitive swimmer and Water Polo player. After I finished playing at the college level, I began coaching High School Water Polo and now I’ve been coaching for 20 years. Coaching Water Polo also led me into wanting to be a teacher, and now I’ve been a full time teacher for 15 years. I currently teach Physical Education at a K-8 school in Long Beach. I teach P.E. students ranging from 6 to 13 years old. I also have a love for Interior design and Architecture, which I got from my mother who worked in the industry.

M: So what is up your sleeve, musically? What is next for Scott Allen and Soul Deep?

S: Well, for Scott Allen I have about 5 collab songs and 3 remixes I need to finish. Between my regular job, coaching, family, and the label, time is very scarce for producing. However, I’m going to do my best to finish all the songs I promised. Furney is visiting California in early November, so I hope to have him over to my studio to work on a couple of collab songs. Deejay bookings have been rolling in at a decent rate, but I hope to play more live events in the L.A. area to help push the liquid sound that I’m so passionate about. I’ve been doing my monthly mixes for Future Sounds Radio to help highlight the forthcoming Soul Deep songs. As far as Soul Deep is concerned, I’m going to keep on doing what I do… I’m going to continue to push to sign the highest quality D&B and release it in a timely manner. Also, I have a new Soul Deep E-store that is being built. I was told that the project should take about a month or so, so I should have the store up and running between Thanksgiving and Christmas sometime. I’m excited to have a new home base for Soul Deep, especially since Soundcloud is starting to crack down hard on the samples that producers are using. It will be nice to have an outlet to release bootleg remixes for free without dealing with getting strikes from Soundcloud. For the passionate vinyl collectors out there, I hope to begin releasing vinyl again in early 2016. I’ve signed some music lately that I feel is vinyl worthy, so keep your eyes peeled for the Soul Deep vinyl projects.