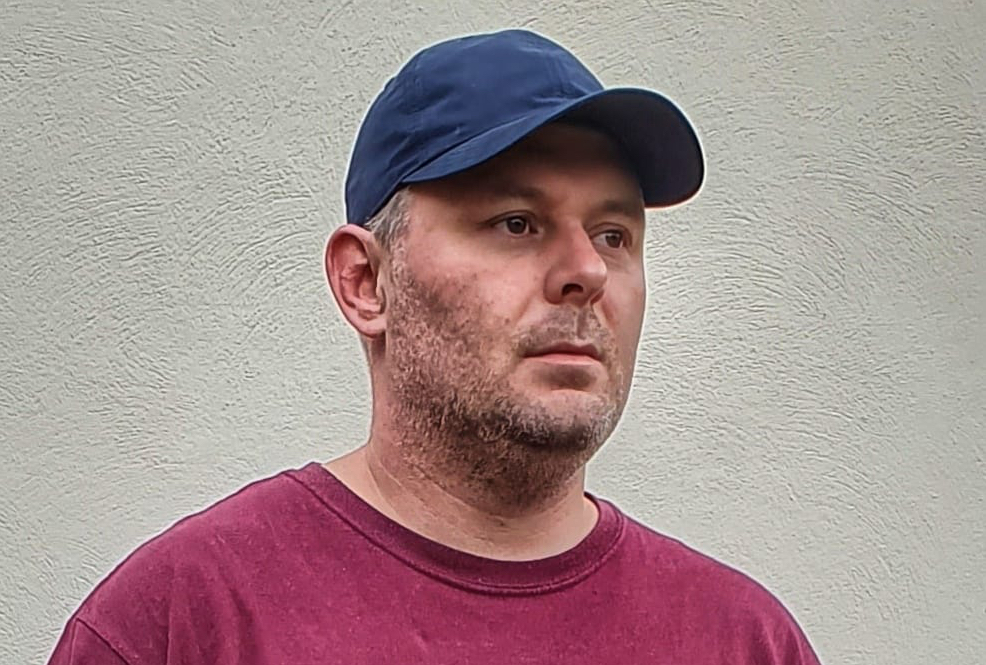 Hello Conspire, how are you?

Very well Thanks, thank you for asking me to be involved in the Album Spotlight project that you have running at Soul Deep.

Give us a little background on yourself…. Where are you from? How long have you been producing?

I am originally from the North West of England, I have been producing for around 6 or 7 years, I started off on Ableton originally but moved to Logic as I couldn’t get my head around Ableton at the time, then after a couple of years or so on Logic I ended up moving back to Ableton which was like going back to the start again learning another DAW, but something that needed to be done from my perspective and is really starting to gel together in terms of the learning curve and ability to do things within the DAW.

You are involved in a very popular night, Perception. How has co-running your club night helped shape your sound?

I suppose its helped me in the way of being able to hear things fresh out the studio out on a big rig, helping me improve the quality of sound and giving me a better understanding of getting something sounding a lot better, its probably made me more aware of arrangement also to be fair, hearing the various DJ/Producers we have had over at Perception over the years also helps with the inspiration and generating new ideas and getting the creativity boost you need from time to time after hearing them at Perception.

You’ve had some solid releases on some of the most iconic labels in the game. What keeps you going in this crazy D&B game?

I suppose it’s the love of the music, I have practically come off social media over the last year or two so just been concentrating on working on music, getting ideas down and getting a better sound, I suppose one of the things that keeps me going is there are no rules, each track is a blank canvas to express yourself, and with so many styles and different vibes within D&B you never get bored…when you start to see progress within yourself and your music that makes things easier to keep going also.

Who are some of your biggest influences as a producer?

Biggest influences have to be LTJ Bukem, Goldie, Photek, Source Direct, PFM, Total Science, Calibre, Marcus Intalex & Blade….so many i could mention but they come to mind instantly.

When you’re not listening to D&B, what are your favorite genres & artists to listen to?

Other than D&B, I tend to listen to older hip hop, the likes of Biggie, Old Dirty, Tribe Called Quest and the older Wu Tang stuff, I’m also very partial to Cinematic Orchestra and any live Jazz/Funk or orchestras.

Who were some of the early producers who inspired your sound?

I think the way this music has evolved since the golden Era 1994/1995 has been incredible, so many different sub genres and styles these days, not all to my taste but lets remember a lot of people saying D&B would never last back then but its really gathered pace and now there are so many different styles and takes on the genre, for me personally no other genre of music touches D&B, there is something for everyone within this music.

What else do you have coming up that we should all look forward to?

Im working on a few things i have been asked to do at the minute, I decided about a year or so ago not to send music out and to just sit on things, since then i have been approached by a few people to work on some projects, so expect something soon on Smooth & Groove, Skeleton & Rhythm Syndicate,
I have also been working on a few collabs with a couple of good friends, Blade & A.K.A. and having a 12” on Soul Deep with another good friend Mark Payback recently will lead to more collabs with him.

Yes, I would like to shout out the following, Levi Blade, Stuart A.K.A, Mark Payback, The Smooth & Groove guys Chris & Tyler, Bazland, Brian Monita @ Skeleton, Simon Bassline Smith @ Technique, Scott Allen, DBase, Mark Fuzz, Jerimie @ Exiled, Graham Phatplayaz, Greekboy, SJR Gleeson, Andy Odysee & anyone else who has supported me and my music over the years, I’ve probably missed some people out but I could be here all day trying to think of people let alone listing them down!