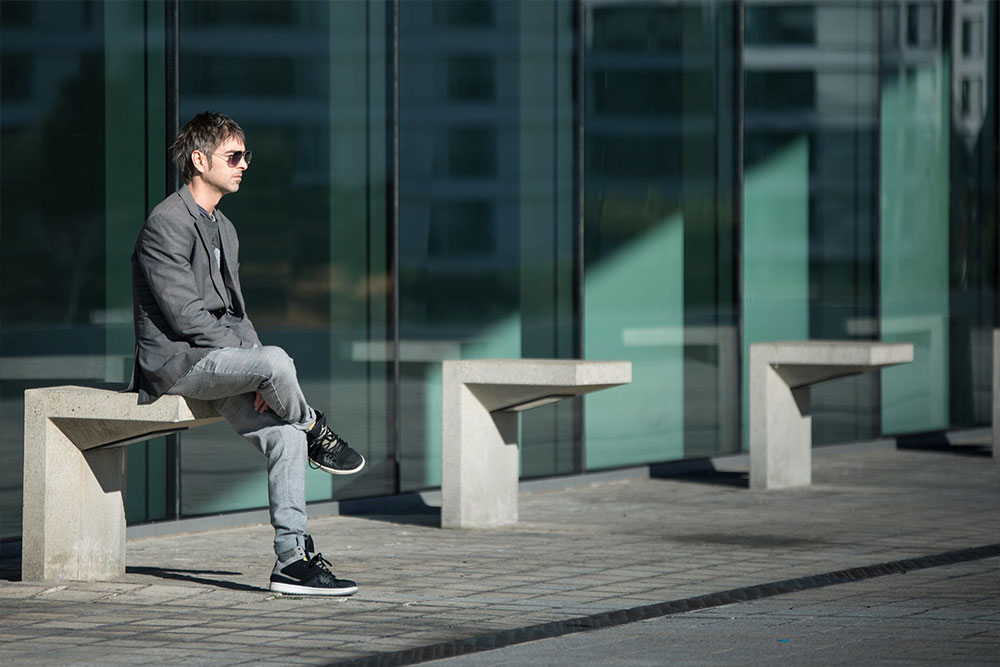 I was able to catch up with Furney, before the release of his epic now LP on Soul Deep entitled, “Evolve”.  The LP is a showcase of some of Furney’s finest work from up to this point.  It features songs that are perfect for the dancefloor, and also those cuts that light up your mix sets when playing on internet radio.  From dreamy to dancefloor, just what music should be…  I hope you enjoy the new Artist Spotlight Series from Soul Deep!  Check out the full interview of Furney to learn more about what influence him, his ideas on sampling, and his thoughts on the Drum & Bass scene.

1. Where are you living right now?  And how long have you been there?

I’m living just outside Barcelona, and have been here for just over a year now.

The D&B scene in Barcelona isn’t huge, but every night I’ve been to is busy and lively.  I’ve actually just touched base with the main guys here who already knew my music.  I’ll be playing at their night at the end of July, which I’m very much looking forward to.

3. You’ve been writing a lot of music lately.  Who are your biggest influences when it comes to writing music.

The thing I love the most about Drum and Bass, is the way you can layer things from every genre of music, and literally anywhere.  I would say this is my biggest influence.  Incorporating musical things I love into the music I love.  There’s a group called the Avalanches, who compose their tracks with like 80 samples from different places.  I really love this idea.
It was also finding out that 95% of the music that influenced me as I was growing up, was made this way.  Many were tracks that really blew my mind when I was young.  The realization that it’s this from here, that from there, with sprinkles on top!

4. I always hear a lot of samples in your music.  What is the key to fining a good sample to use?

Basically, music is my life everyday. I’m always thinking of what to use and constantly going through random things.  I think after a good 20 years at it, your ears just get used to liking what they hear.  Usually a particular mood or feeling, and most definitely the key that it’s in as well.

5. What do you think of the Drum & Bass scene right now?

I think everywhere you look there’s a talented producer or a great Deejay. I guess it’s easy to get lost.  The bottom line for me is loads of people doing their thing, enjoying themselves, and putting out music. In my view, this is a very positive part of the scene. The love people have for the music is overwhelming.  I still get shocked when I’m asked to sign an autograph, or if someone tells me that I’ve influenced them to start producing, blows me away. If there’s one person I’m so thankful for everyday, it’s Mr. Scott Allen.  His attitude, energy, and constant willingness to support what I do, enables me to produce music where I’m not worrying about commercial appeal.  I’m literally free to produce what I’m feeling.  I think this attitude is invaluable in helping the music grow.

6. When you’re not producing Drum & Bass music, what type of music or bands do you like to listen to?

So many obscure things… A typical 4 hour session could consist of anything from Yasuaki Shimizu, to Will Mertons, to an obscure soundtrack.  Anything slightly unusual.

7.  When you’re not producing Drum & Bass music, what else do you like to do?  Any hobbies or talents that we don’t know about?

I studied graphic design for four years when I left school, and got the qualification, but it was too competitive to find a career in at the time.  I used to draw all the time as well, but don’t seem to find the time these days.
I’ve got a weird brain as well. I tend to remember vividly entire scripts of things, such as movies. I know The Goonies, and The back to the future trilogy, nearly word for word, which I guess could be seen as unusual!

8. Do you have anything you’d like to say to the faithful Soul Deep fans who have always followed your music?

I have epic love for anyone who follows and believes in my music and the catalogue of soul deep.  We obviously share the same tastes in musical drum and bass.

9. What’s coming up next for you?  Anything you’d like to plug?

Looking forward to playing regularly in Barcelona with Lady Emz. Emz & I have been recording loads of music together the last few years.  I feel that she has brought a new level of feeling and excitement to my music. We’ve made a jazz album together that I feel is really special.  I’ve also written a few solo albums and an collaboration album with my man, Scott Allen, which has also brought yet another arc of excitement to my musical world!  I could go on about upcoming projects, as I spend at least 12 hours a day in the studio.  I guess keep your eyes and ears open!